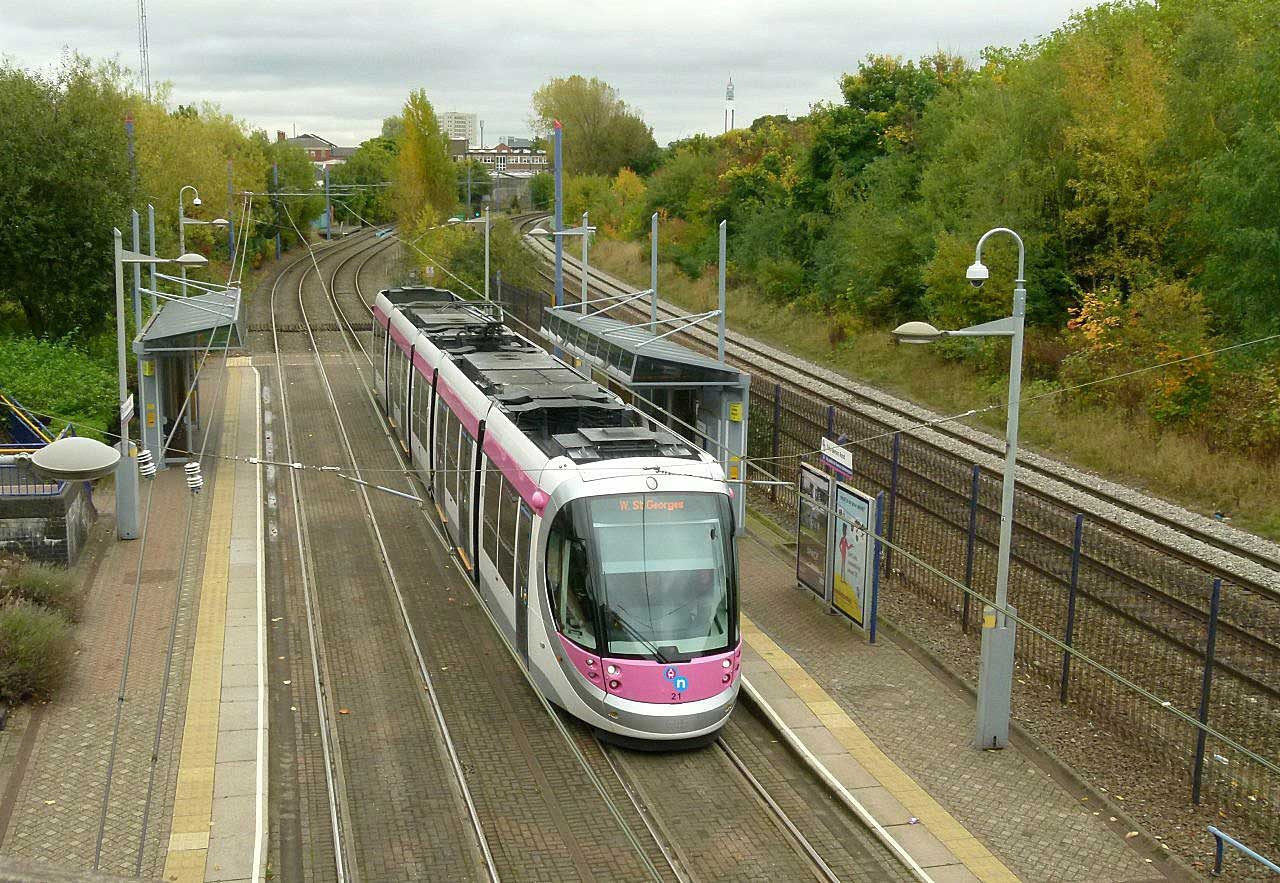 Buses are run by National Express West Midlands, Stagecoach and several other companies that provide a good bus service in the Birmingham area and throughout West Midlands county.

You need exact change if you’re paying cash, but most buses also accept contactless payment cards or the Swift card.

The one-line West Midlands Metro light rail system runs between the city centre and Wolverhampton. In central Birmingham, it stops at Centenary Square (for the library), Town Hall, Grand Central (for Birmingham New Street station), Corporation Street, Bull Street (for Snow Hill railway station), St Chads, St Pauls and Jewellery Quarter stations. For most of its length, it runs along the street like a tram. One-way fares cost start at £1.90 and go up to £4.50. There are several travel passes (see below) that cover tram travel and which are often better value if you’re making a return trip.

Birmingham has a good suburban rail network that is comprised of eight train lines. The train is a good way to get to places like some hotels outside the city centre, the Jewellery Quarter, Cadbury World in Bourneville and the Barber Institute at the University. The train is also the quickest way to Birmingham International Airport and Coventry.

If you’re planning on spending a lot of time in the West Midlands, then the Swift card will be the easiest way to pay for your bus, tram and train fares. The Swift card is a stored-value payment card similar to the Oyster card that is used in London. Fares are sometimes cheaper if you pay using a Swift card but the saving isn’t great enough to justify buying a Swift card if you’re only in Birmingham for a day or two.

The nBus One Day Ticket costs £4.80 and is good for one-day unlimited bus travel within West Midlands County. An off-peak version of the one-day bus ticket costs £4.20.

The daysaver ticket is similar to the nBus One Day Ticket, except it is restricted for use only with buses operated by National Express West Midlands and National Express Coventry. This ticket costs £4.60 or £4 for off-peak travel.

The nnetwork one-day card is good for one day of unlimited travel on bus, train and Metro trams within zones 1–5 in the Network West Midland area. It is valid all day and costs £9.30.

The nnetwork daytripper Plus ticket gives you one day of off-peak bus, tram and train travel in the West Midlands for £10.10 per day and it extends into neighbouring counties, allowing you to travel as far as Kenilworth, Kidderminster, Leamington Spa, Lichfield, Stratford-upon-Avon and Warwick.

West Midlands Metro have a range of daily and weekly passes available, which give you unlimited travel on trams only.

The West Midlands Day Ranger is a good deal if you want to make a day trip out of Birmingham. It is good for one-day unlimited travel in the West Midlands (Birmingham and Coventry) and parts of neighbouring counties including Crewe, Hereford, Northampton, Leamington Spa, Rugby, Shrewsbury, Stafford, Stoke-on-Trent, Stratford-upon-Avon and Worcester. It is good for off-peak travel after 9am Mon–Fri and all day on weekends.

This ticket lets you travel farther than the daytripper plus, allowing you to go as far as Rugby, Shrewsbury and Worcester and you can travel all day, instead of waiting till 9.30am, but doesn’t let you use buses or trams and at £30 for the day, it is three times as expensive as the daytripper plus pass.