Manchester lies at the heart of England’s third-largest metropolitan borough although most locals think of Manchester as England’s second city. It is a major city in northern England and is home to the world’s most valuable football club (Manchester United) and England’s largest airport outside London.

The city experienced rapid growth during the Industrial Revolution and during its Victorian-era heyday, it was a major textile manufacturing centre dubbed Cottonopolis. During that time, the Manchester region was the world’s most productive centre for cotton processing and also the world’s largest marketplace for cotton goods. The term ‘manchester’ is still commonly used as a general term for cotton products like sheets and pillowcases.

The cotton industry started to decline after the Second World War and its, once busy, port eventually closed in 1982 as increasingly larger container ships were no longer able to make their way down the Manchester Ship Canal. The old docks were gentrified and redeveloped in the 1980s and 1990s creating the Salford Quays area.

Another event that changed the face of Manchester is the 1996 IRA terrorist bomb that destroyed a large portion of the city centre and the following years saw a massive rebuilding programme that spearheaded a renaissance with many buildings restored and new buildings constructed including the Arndale Centre and much of the Central Retail District.

Manchester is an unexpected hub for the entertainment and media industries with several television programmes produced here, including Coronation Street, the world’s longest-running soap opera. The MediaCityUK development on the Manchester Ship Canal in Salford Quays is home to both BBC and ITV Granada television studios and it is possible to take tours of both facilities.

The city is also famous for its music scene and Manchester bands include the Hollies, Herman’s Hermits, The Smiths, The Stone Roses, Happy Mondays, 10cc, Joy Division, New Order, Buzzcocks, The Charlatans, Simply Red, Take That, James, The Verve, Elbow and Oasis.

Manchester has a youthful and vibrant air to it with great nightlife, interesting neighbourhoods to explore including the Northern Quarter and the Gay Village, which is the centre of the city’s LGBT community with bars and clubs that attract over 20,000 visitors every weekend.

The city is a great place for sports fans too. Both Manchester City and Manchester United football clubs operate stadium tours and football fans can also visit the excellent National Football Museum in the city centre and stay at the football-themed Hotel Football. Cricket fans aren’t left out either and those staying at the Hilton Garden Inn at Old Trafford cricket ground can watch a cricket match from their hotel room balcony.

Although not a tourist hotspot like London, there is quite a bit to see in Manchester and because the city is not a tourist magnet it somehow feels more authentic than cities like London or Oxford. If you’re a fan of historic interiors, the city has some fantastic libraries including the Manchester Central Library with its wonderful Wolfson Reading Room and Chetham’s Library (the oldest in the English-speaking world) although the jewel in the crown is the magnificent John Rylands Library. Other attractions include some excellent museums including IWM North and the Museum of Science and Industry. 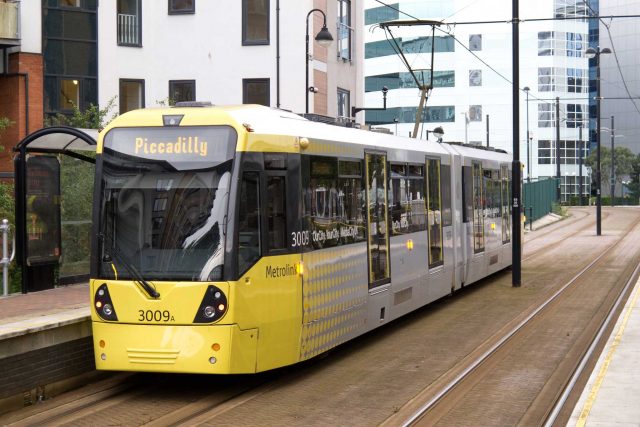 Manchester has excellent transport connections with frequent coach and rail connections to the rest of the country and it is also home to the busiest airport in the north of England.

Manchester Airport, south of the city centre, has direct flights to over 200 destinations on four continents. It is the third-busiest airport in the United Kingdom and the busiest outside London.

Sights and activities in Manchester

Places to stay in Manchester