The home of the Beatles is one of the most popular cities in the northwest of England for tourists. The city has improved a lot in recent years and it has become a vibrant city with excellent – and affordable – nightlife, good shopping and popular attractions.

The city grew rapidly during the Industrial Revolution and its port was one of the UK’s busiest accounting for a large portion of the country’s international trade. Like the Docklands area of London, the rise in containerisation meant that large ships could no longer use Liverpool’s central dockside area and this part of the city has undergone massive regeneration in recent years.

Albert Dock is the main focus of the renaissance of Liverpool’s waterfront and this redeveloped dockside area is home to many popular tourist attractions including the Beatles Story, Merseyside Maritime Museum and Tate Liverpool.

The city centre is just a short walk north of Albert Dock and it also includes a waterfront area called Pier Head where you can find a trio of landmark buildings that are collectively known as Liverpool’s Three Graces. These are the Royal Liver Building, the Cunard Building and the Port of Liverpool Building.

The Museum of Liverpool is located right between the Three Graces and Albert Dock. This museum makes a great introduction to the city and it is a good spot to visit when you first arrive so you can get a better understanding of what makes Liverpool tick.

St George’s Hall is one of the first things many visitors see when they first arrive in the city. It is free to visit and has an impressive interior. You can’t miss it, it is the first thing you see when you walk out of Lime Street railway station.

Just north of St George’s Hall is a cluster of museums that include the World Museum and the Walker Art Gallery as well as the city’s central library.

Liverpool makes a big deal of its musical heritage especially its connection with the Beatles, who originated in the city.

The most popular Beatles-themed attractions are the Beatles Story, the Magical Mystery Tour and the Cavern Club, where the band played when they were just starting to become a major sensation. These are a good option for anyone with even a passing interest in the band but there is much more to see including the newer Magical Beatles Museum (which has more authentic artefacts than the Beatles Story), the National Trust tour of John and Paul’s childhood homes and the tour of the Casbah Coffee Club, where the Beatles played their first gig. If you’re going to all the Beatles sights, the entry fees alone will come to close to £100 and you really need to allow three days to do it justice, considering that it is difficult to schedule more than one of the three tours (the Casbah Coffee Club, the tour of the Beatles’ childhood homes and the Magical Mystery Tour) on the same day. However, it is worth the time and money if you’re a true Beatles fan who has travelled a long way to see Liverpool’s Beatles-related sights.

The Merseybeat sound and the city’s importance as a major music city is about much more than just the Beatles. Other successful Merseyside-based performers from the early 1960s include Cilla Black, Gerry & the Pacemakers and the Searchers and Liverpool’s musical influence continues with other local bands and solo performers including A Flock of Seagulls, Atomic Kitten, the Boo Radleys, Cast, Elvis Costello, Dead or Alive, Echo & the Bunnymen, Frankie Goes to Hollywood, Gomez, the La’s, Julian Lennon, Orchestral Manoeuvres in the Dark, Rick Astley, the Wombats and the Zutons. The British Music Experience inside the city’s iconic Cunard Building is a great place to gain a more well-rounded appreciation of British music beyond the Beatles (although Beatles fans are catered for there too). The Museum of Liverpool also has exhibits about the city’s musical legacy including displays about the Beatles.

If you last visited Liverpool years ago and found it a little run down, it’s worth another look. You’ll be impressed with what they’ve done with the place. 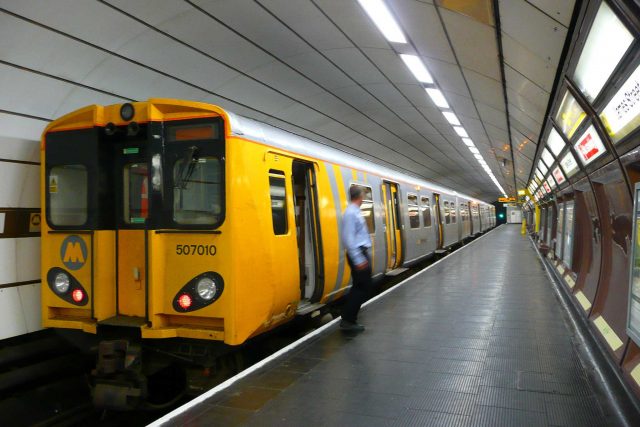 Liverpool is a major northern city with excellent transport connections to other cities in the United Kingdom as well as an international airport and direct ferry services to Northern Ireland, the Republic of Ireland and the Isle of Man.

Liverpool was the terminus of the world’s first intercity rail route and it remains a major hub on the national railway network with four trains per hour to Manchester and an hourly service to Birmingham, Leeds, London, Newcastle, Norwich, Nottingham, Sheffield and York. The city’s main railway station is Liverpool Lime Street at the eastern edge of the city centre.

The city’s Liverpool John Lennon airport is served mostly by budget airlines to destinations throughout Europe and Manchester Airport, which is not much farther away, has a more extensive flight schedule with services to four continents.

Sights and activities in Liverpool

Places to stay in Liverpool