Liverpool John Lennon Airport (LPL) has flights to destinations in Britain, Ireland and Europe and is served by budget airlines including easyJet and Ryanair.

Compared with nearby Manchester Aiport, Liverpool’s airport handles mostly short-haul flights within Europe with most services operated by budget airlines. With no long-haul flights and fewer business travellers passing through the airport, facilities here are more limited to what you would find at a larger airport. However, there are sufficient shops as well as places to eat and drink.

The airport only has one business lounge, which is operated by Aspire. The Aspire lounge has a bar with complimentary drinks plus a small buffet with light snacks (don’t come here for a full meal). It closes relatively early compared to lounges in other airports (it is open 4.30am–8pm daily). You can either pay for access to the lounge or use a Priority Pass or Lounge Club membership (which come with some premium credit cards).

There are a handful of hotels near the airport. The most convenient is the Hampton by Hilton hotel right outside the terminal building, followed by a Premier Inn hotel around a 10-minute walk away and a Travelodge a little farther up Speke Hall Avenue. There is also a Crowne Plaza that advertises itself as an airport hotel but this is around a 40-minute walk away so it is not a particularly convenient option for most travellers.

Getting to and from Liverpool John Lennon Airport

The airport is 13km (8 miles) southeast of the city centre and express bus 500 runs every 30 minutes between the airport and the city centre. Alternatively, you can take the train to Liverpool South Parkway and transfer to the frequent shuttle bus to the airport.

There are several hotels close to Liverpool Airport. Of these, the Hampton by Hilton is the closest to the airport terminal. The next closest is the Premier Inn, which is around a 10-minute walk up the road. The Travelodge and the Crowne Plaza are farther away and, although walkable, most people staying at these two hotels take a bus or taxi to travel between their hotel and the airport. 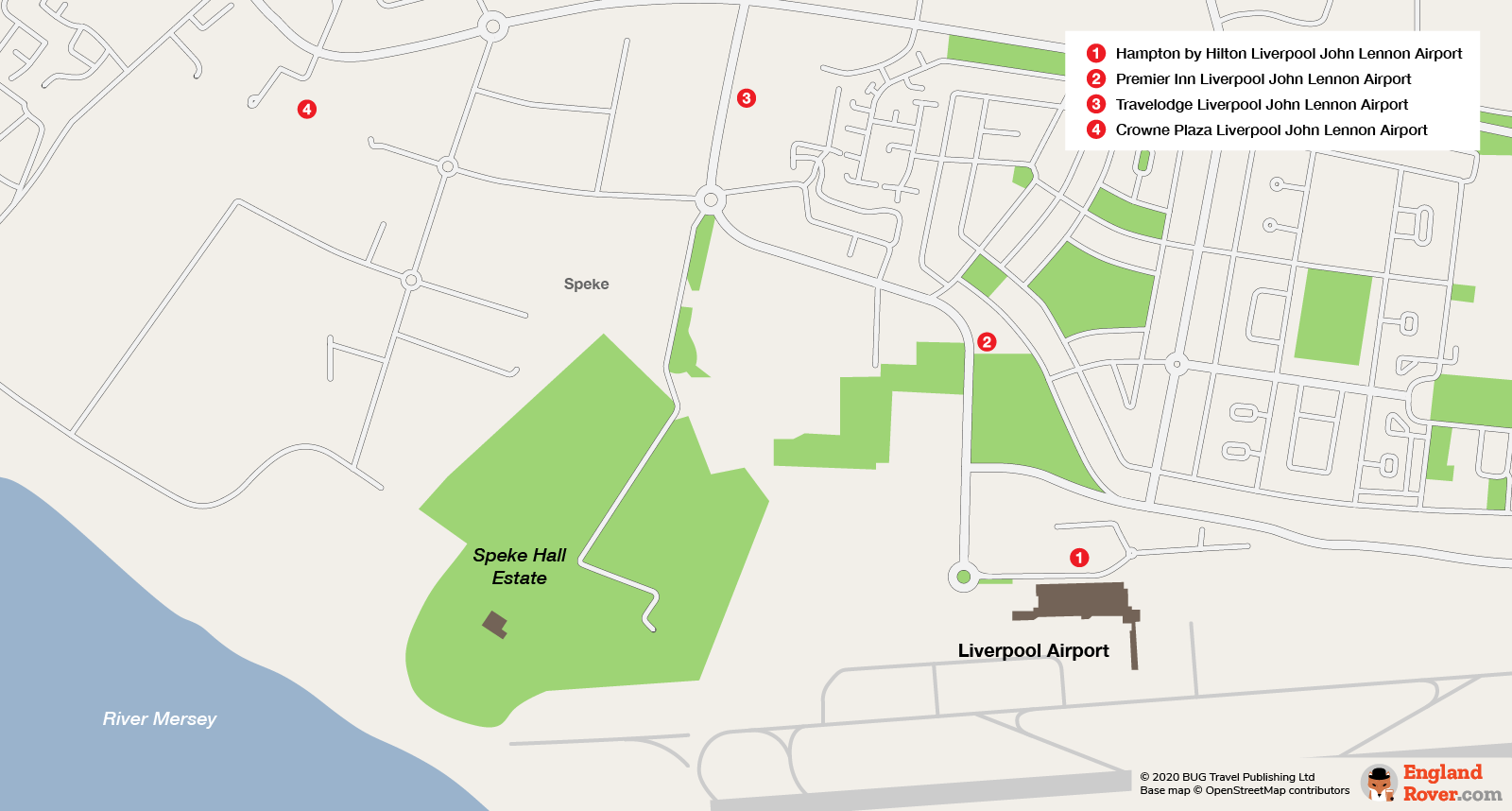