Oxford is famous for its university, which is the oldest in the English-speaking world and one of the world’s most prestigious. The university is divided into 38 constituent colleges and between them, it has educated five kings, 27 British prime ministers, at least 30 other world leaders, 58 Nobel Prize winners and many notable writers including CS Lewis, JRR Tolkien and Oscar Wilde.

The presence of the university means that there are many grand old buildings dating from the medieval period, which has earned Oxford the moniker, the “city of dreaming spires”. It has also ensured that the city punches above its weight with a diverse array of attractions that far exceeds other cities of a similar size.

Oxford is a wealthy city (it is the most expensive place to live in the United Kingdom) thanks to the university which has historically attracted the country’s elite and many science and technology-based businesses are offshoots of academic endeavours. The city also has an automotive manufacturing industry with Mini cars produced at the Plant Oxford factory complex in the southeastern suburb of Cowley.

For most visitors to Oxford, the city’s main attractions revolve around the University of Oxford. The university maintains many world-class museums including the excellent Ashmolean Museum, Oxford University Museum of Natural History and the Pitt Rivers Museum and many of the city’s main landmarks such as the Bridge of Sighs, the Sheldonian Theatre and the Radcliffe Camera are university buildings.

Attractions not related to the university include Carfax Tower and the Norman Oxford Castle and Prison.

The city features prominently in literature and many films and television programmes have been either filmed or set here. Oxford has featured in the following works: Brideshead Revisited (1945) by Evelyn Waugh, Young Sherlock Holmes (1985), Inspector Morse (1987), Tomorrow Never Dies (1997), The Saint (1997), Lewis (2007), The Oxford Murders (2008) and all the Harry Potter films.

Although small, it is a bustling cosmopolitan city with a youthful vibe that isn’t dampened by the throngs of tourists that pass through town each day. It is close enough to London to visit as a day trip but there are enough things here to keep you occupied for much longer than this and it is worth spending a few days here if you can. 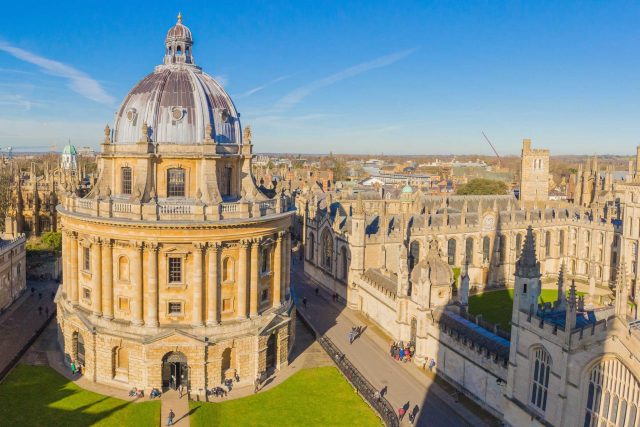 Visiting the University of Oxford 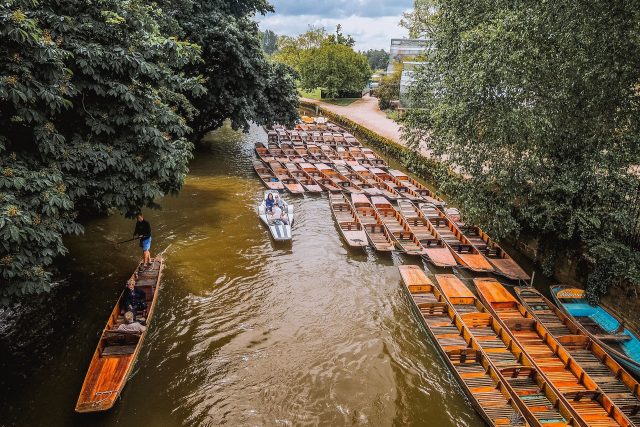 Oxford has excellent transport connections to other parts of England with a particularly frequent coach and rail service to London.

Services to Birmingham, Bournemouth, Manchester, Newcastle and Southampton are run by CrossCountry and the lack on competition on this route means that trains to Birmingham are not as good value as trains to London. However, with advance booking, you can score a cheaper ride to Birmingham by taking a GWR train to Banbury and changing there for a Chiltern Railways train to Birmingham.

If you’re not organised enough to book your tickets in advance, or you simply want to be more flexible, then there are plenty of cheap options for coach travel to London. Most bus and coach services depart from Gloucester Green Coach Station, which is more centrally located than the train station.

If you’re going to London, you have a choice of National Express coaches, the Oxford Bus Company’s X90 service or the Oxford Tube. Between these three companies, there are coaches running between London and Oxford at least once every 10 minutes.

If you’re going to other destinations in England, then coach services run by either Megabus or National Express are your best bet. Megabus is usually the cheaper option, but you have more options with National Express.

Most buses and coaches depart from Gloucester Green, except for Megabus which have their own coach stops near the Ashmolean Museum.

Sights and activities in Oxford

Places to stay in Oxford