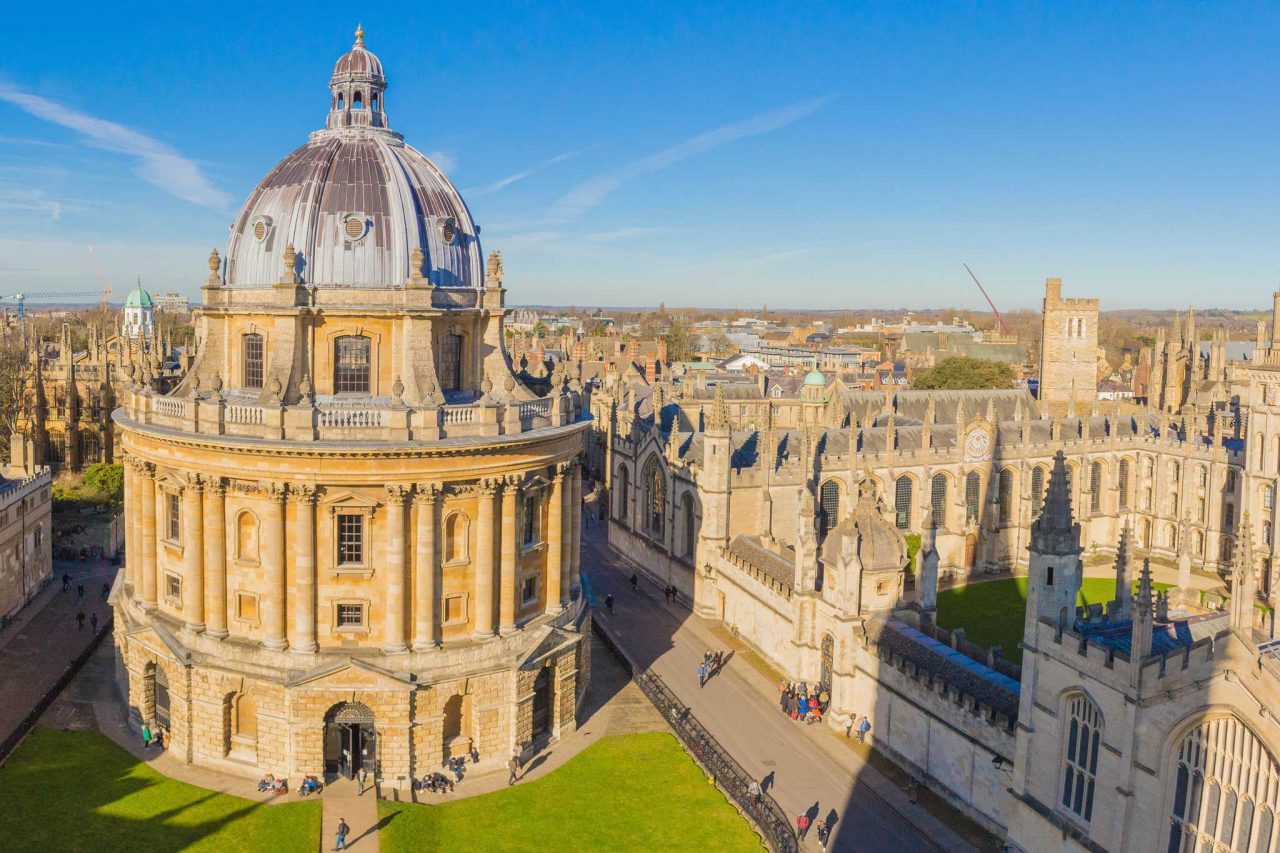 With so much of Oxford’s identity intertwined with its famous university, a visit to the University of Oxford is high on the list for most visitors to the city.

Not all parts of the university are open to the public as crowds of tourists wandering through university buildings would have a negative effect of student’s day-to-day life and academic progress.

However, the way the university is structured means that university buildings are located all over Oxford and simply walking down many city streets will have you surrounded by university buildings. Furthermore, the university operates several museums, gardens and churches that are free to visit as well as other attractions that you can visit by guided tour. In addition to this, many of the university’s 38 constituent colleges allow tourists to visit which can give you a good feel for academic life at Oxford while also giving you the opportunity to see many wonderful historic buildings, many dating from the Middle Ages.

Visiting museums, libraries and public buildings at the University of Oxford

The university operates several churches, museums, libraries, gardens and historic buildings that are open to the public either free of charge or as part of a guided tour.

The Ashmolean Museum is the world’s first university museum and it is regarded as Britain’s best museum outside London.

There is an exhibition space open to the public in the Weston Library and guided tours available to other parts of the Bodleian Library complex. These tours will take you into the oldest room in the university and its oldest library and are highly recommended if you love old buildings.

This is a lovely park that is owned and operated by the university. Not many tourists visit Harcourt Arboretum, primarily because it is 8.8km (5½ miles) south of the city and because the admission charge is fairly pricey (for what it is).

Museum of the History of Science

The Museum of the History of Science occupies the world’s oldest building that was purpose-built for a museum (it originally was home to the Ashmolean Museum). The museum’s highlight is Albert Einstein’s blackboard.

This compact botanic garden near Magdalen College is a lovely spot that was the inspiration for many writers including Lewis Carroll, JRR Tolkien and Evelyn Waugh.

The excellent Museum of Natural History is home to many important fossils and dinosaur skeletons but the highlight is the world’s most complete remains of a single dodo.

Adjoining the Museum of Natural History, the Pitt Rivers Museum is a traditional Victorian-era museum that is home to the United Kingdom’s largest collection of archaeological and anthropological artefacts.

The Radcliffe Camera is one of Oxford’s most recognisable buildings. It is part of the Bodleian Library complex but it is not open to the public unless you take one of the guided tours that operate only four times per week.

The Sheldonian Theatre was built for university events and functions such as graduation ceremonies. Although you can attend concerts and theatre productions here, most visitors come to see the cupola above the centre of the roof, which offers spectacular 360º views over Oxford.

Most people visit the 13th-century University Church of St Mary the Virgin to climb the 127 steps to the top of the tower for spectacular views over Oxford including a brilliant view of the Radcliffe Camera.

Visiting colleges at the University of Oxford

These colleges have a certain degree of independence from the university. Membership in a college gives the student a sense of identity within the university and inter-collegiate rivalry and sporting competitions are a big part of student life at Oxford. However, the function of a college is much greater than a house at a high school.

Colleges at Oxford provide accommodation for students and most colleges also have chapels, dining halls and libraries and many also operate bars, sporting clubs and other facilities for their students. Most importantly, colleges are not social clubs but an integral part of the university as colleges run their own tutorials and courses with the broader university body providing support services and facilities such as libraries and research facilities.

Many colleges allow tourists to visit, although visiting hours will be restricted and only specific parts of the college will be open to the public. However, some colleges do not allow visitors unless by appointment from prospective students.

Christ Church is the most popular college with tourists, attracting over half a million visitors every year. It is the most expensive to visit and the most crowded (visitors must follow a strict one-way system) but it is the best organised and a visit here lets you see many historic buildings (some dating from the 12th century) that were the inspiration for literature (both Alice’s Adventures in Wonderland and the Harry Potter books drew inspiration from Christ Church) and have appeared in film (scenes from The Golden Compass and the Harry Potter films were shot here).

Christ Church is probably the first choice for most people choosing to visit a college at Oxford, but there are many others that you can visit.

If you’re spending a few days in Oxford, we recommend that you visit a few of them to gain a broader insight into the university. If you have the time, you should visit Christ Church, one of the colleges with no entry fee (such as All Souls or Exeter College) and another of the colleges that you have to pay to visit (such as Balliol, Magdalen, Merton, New College or Trinity).

The following are some of the more popular colleges at Oxford that accept visitors:

Highlights of the colleges at the University of Oxford include:

previous
Punting in Oxford
next
Getting around Nottingham